Fallout just wouldn’t the same without the accompaniment of it’s retro pre and post war time era tunes to coincide with running through the wasteland shooting Super Mutants and the like. The radio stations in Fallout 4 can be accessed through your Pip-Boy (the wrist worn computer) where there are several different frequencies available as you travel through the wasteland, such as Distress Signals opening new missions. The ones we are focusing on here though are the ones that create the Fallout feel, the ones that have music.

There are two main radio music stations in Fallout 4 – the first being Diamond City Radio and the second being the Classical Radio station. There is also a third station a called Radio Freedom, which features music as well and is based out of the Castle settlement after you reclaim it for the Minutemen – although the few songs on this station don’t seem to be songs available outside of the game, but rather seem to be original to Fallout 4.

Below you can find the complete song lists for both Diamond City Radio and the Classical Radio station followed by playlists consisting of a complete collection of the stations individual songs back to back. 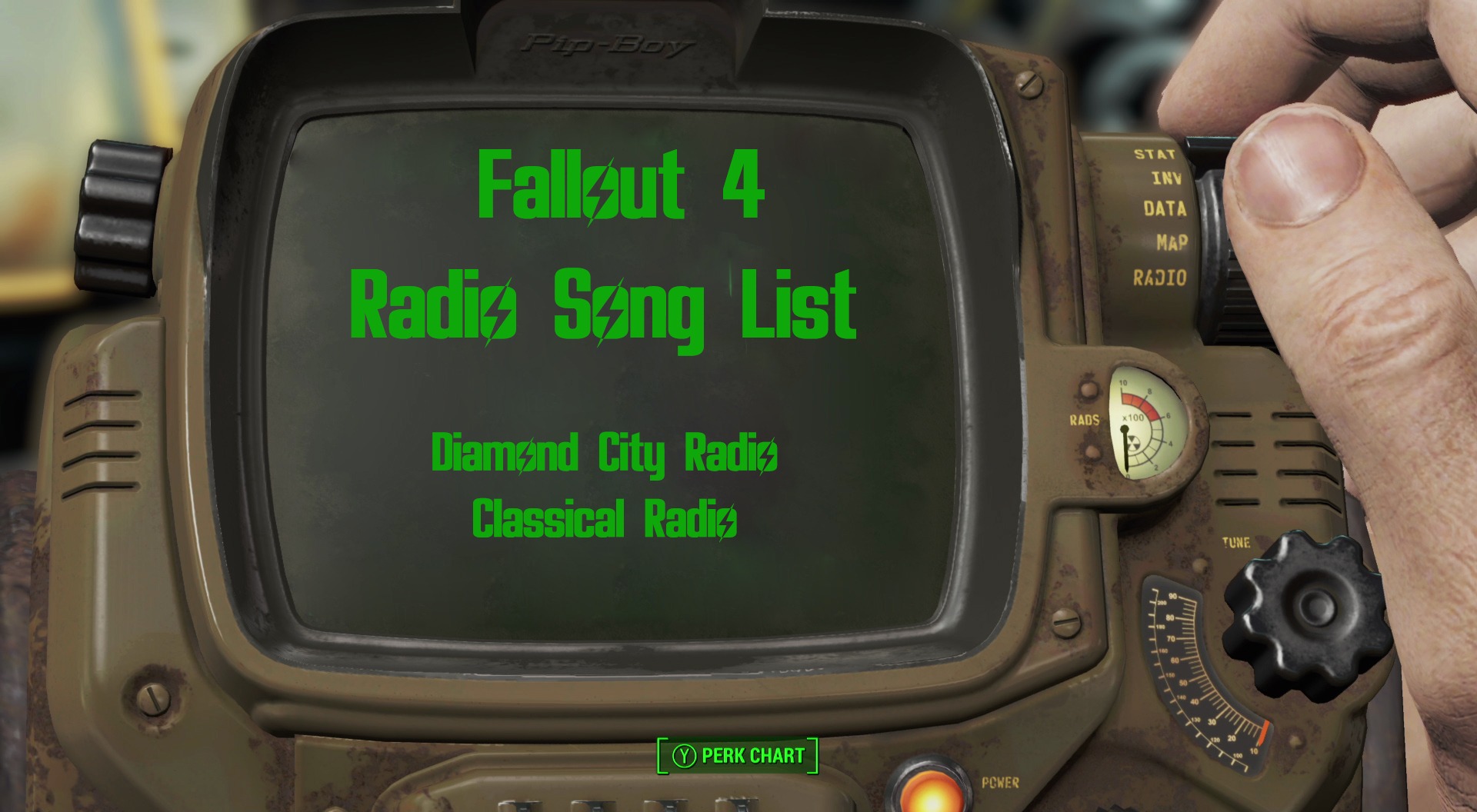 Diamond City Radio is a radio station in Fallout 4 in the Commonwealth. The station plays music from pre-war and post-war music. The host of this radio show is DJ Travis, who lacks some major confidence as can be heard through his whimsical nervous sounding voice.

Below you’ll find the entire list of songs played on Diamond City radio, as well you’ll find a playlist that includes all of these songs just in case you’d like to listen to them back to back.

The Classical Radio station in Fallout 4 has only music and no DJ / radio host. It features well, classical music of which can be seen in the list below. Should the Institute be destroyed however, the classical radio station becomes unavailable.