The Heavy Weapons weapon class is probably one of the most satisfying  to play with; on a successful hit the process simply goes – launch, hit boom! It’s rather difficult to place the weapons included in this class into a dignified list of best to least best, since each can be used for a very particular situation, so please read into that for the following three I’ve placed below. Also keep in mind that most of the Heavy Weapon require the highest levels out of all of the weapons in the game, so you may have to use them as they come. 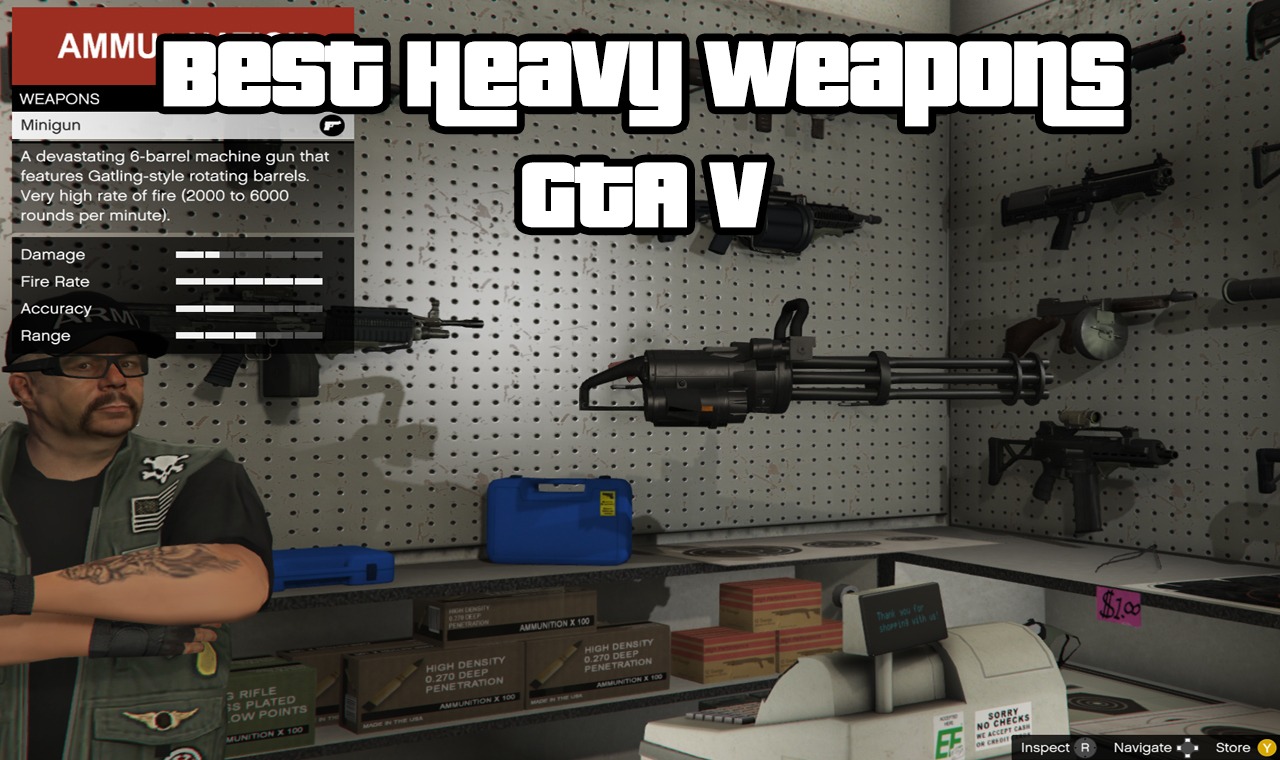 The Minigun requires the highest level in the game out of any weapon, which is level 120. This gun however is very deadly against pretty much anything including vehicles, helicopters and can kill an opponent pretty quickly assuming they aren’t moving too quickly. The trick to using this gun as efficiently as possible is to hold the aim button down so that the gun warms up and revolves quickly, and then hit the trigger when ready.

The Homing Launcher requires a different situation generally than the above minigun. This was introduced as a Festive Surprise and it works similarly to the RPG, except with homing capabilities, which just makes it better in my opinion. So if you have an opponent driving a car by you, it’s much easier to hit if you lock on to it and then launch a rocket, aside from simply launching a rocket in a straight line using the regular RPG.

The Grenade Launcher is a very useful weapon – its shoots semi-auto and holds ten rounds, so you can keep plunking grenades over and over, which can be very fun in a deathmatch. It’s better than throwing grenades since the ones you shoot explode on impact and can be fired much more quickly.