Sniper Rifles can be an extremely powerful weapon with a little bit of practice. Once mastered, the Sniper Rifle can be one of the most deadly weapons in the game if used right. Sniper Rifles are long ranged weapons that can easily kill players with one or two shots (*hint aim for the head).

There isn’t much choice in terms of Sniper rifles and it mostly depends on what level your online character is. 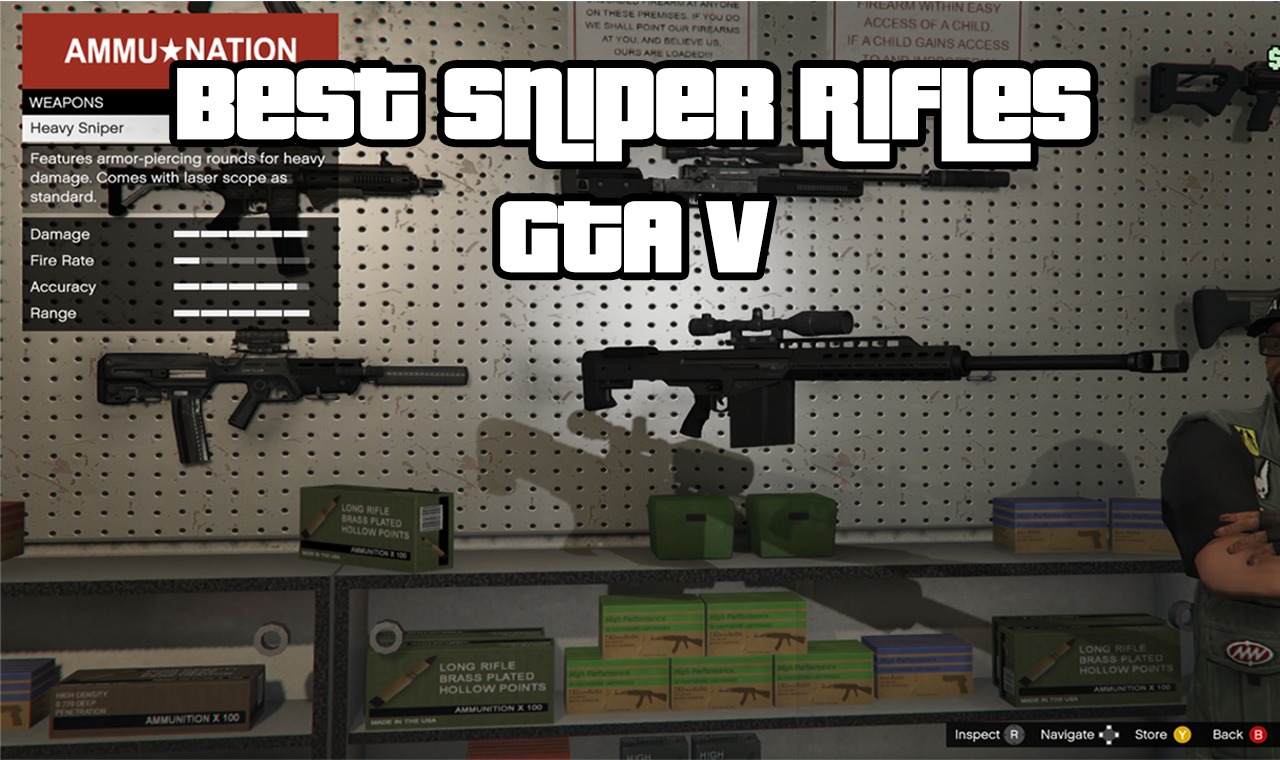 Once you can purchase this bad-boy, do so as it is evidently the best sniper rifle with the highest damage, range and accuracy (mostly depending on the user). You will need to hit the high level of 90 before being able to purchase the Heavy Sniper, which is quite high so keep using the below two until you can do so.

I had to include this Sniper Rifle on the list, because you will most likely use it for quite a while until you finally hit the high level required for the above Heavy Sniper Rifle in the number one spot. The Basic Sniper rifle is available for purchase at level 21 and I suggest that you purchase it right away since it can be very useful in the right deathmatch, or for just picking off players spontaneously.