The best use of throwing weapons will vary in use depending on the situation you’re in, but I’ll simply label the top three I personally use and in order I tend to use them in.

Throwing weapons in GTA V are unique in that each one of them can be unique to a situation, such as a grenade has a much different use then say a sticky bomb.  There are other throwing weapons that are still useful, but these are definitely my favorite. As an aside note, throwing weapons are probably some of the most fun weapons to play around with – there is nothing more satisfying then planting a proximity mine and waiting for an unsuspecting player to pass by. 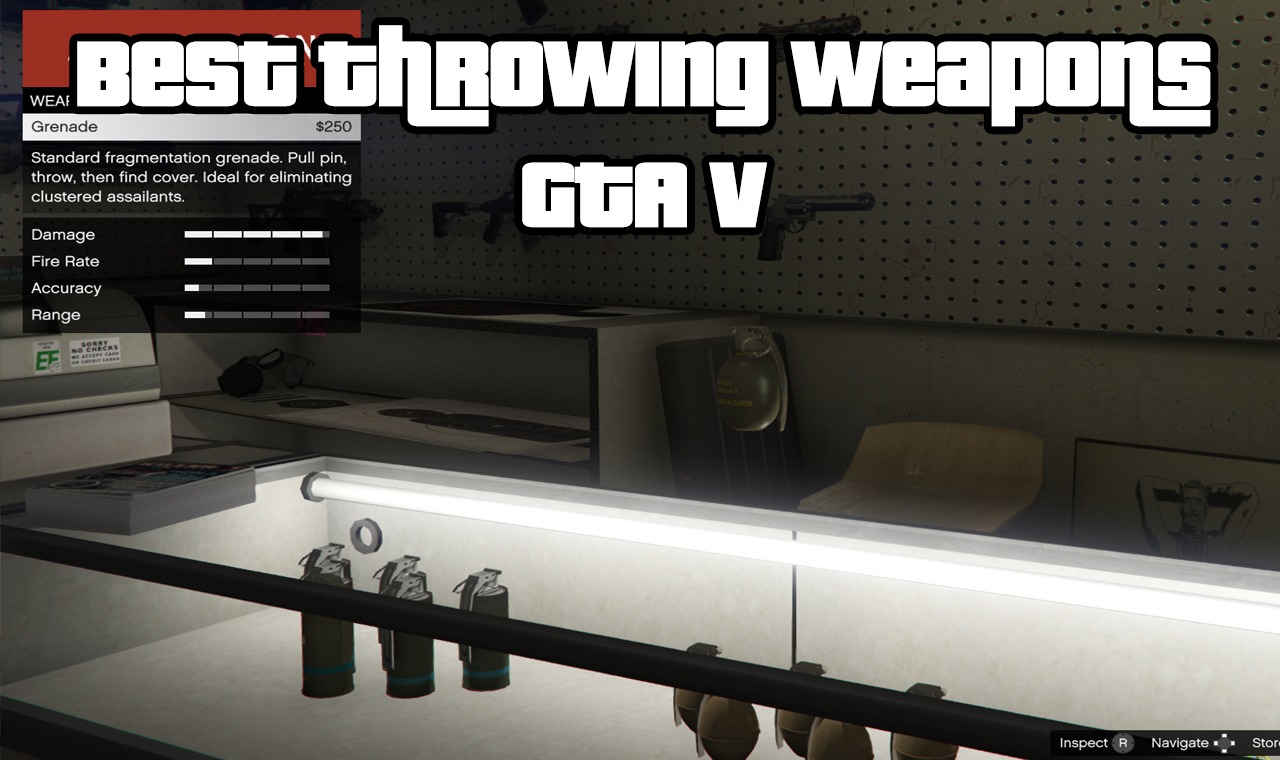 Grenades are pretty self explanatory, but they are always useful in every game. You throw it and after a few seconds they explode. I tend to use them often and they can be especially useful if you enemies are behind corners or hiding behind an object. I put grenades in the number one spot simply because I use them the most out of all the throwing weapons in GTA V.

The Proximity Mine can be a very fun weapon to play with. The way it works is that you throw it wherever you may, and then when an opponent or a vehicles come close, it then explodes. This can provide very useful when you can anticipate where someone may be going or will eventually go and it can be quite rewarding to kill someone when you’re not even around to see it. I’ve put the proximity mind above the sticky bomb, because I have ended up using it far more and it can be used relatively similar to the Sticky Bomb, it’s just my style of play.

The third best throwing weapon on this list is the Sticky Bomb. Like I said above, the sticky bomb can be used more than the proximity mine, but it may depend on your play style or what kind of strategy your planning on implementing. The sticky bomb works by throwing it wherever you like, whether it be an object car or on the ground and then triggering it whenever you want. If you can anticipate your enemies movements or if you simply throw it on your enemies car or in their path, this bomb can prove very useful.