Melee weapons are hand to hand close combat weapons capable of various damages and speeds. For the most part there are just a few hand weapons that may appeal to a specific player style or a playful situation – I mean who doesn’t enjoy whacking someone with a golf club?

The best use of any melee weapon would be when you are sneaking up on an opponent and have that opportune moment to whack them either from behind or in the case of a very unsuspecting individual, just whacking them, or stabbing them. The melee weapons will most likely be used the least out of all the other weapon classes in GTA V, that is unless you have a strange endearment towards using them. 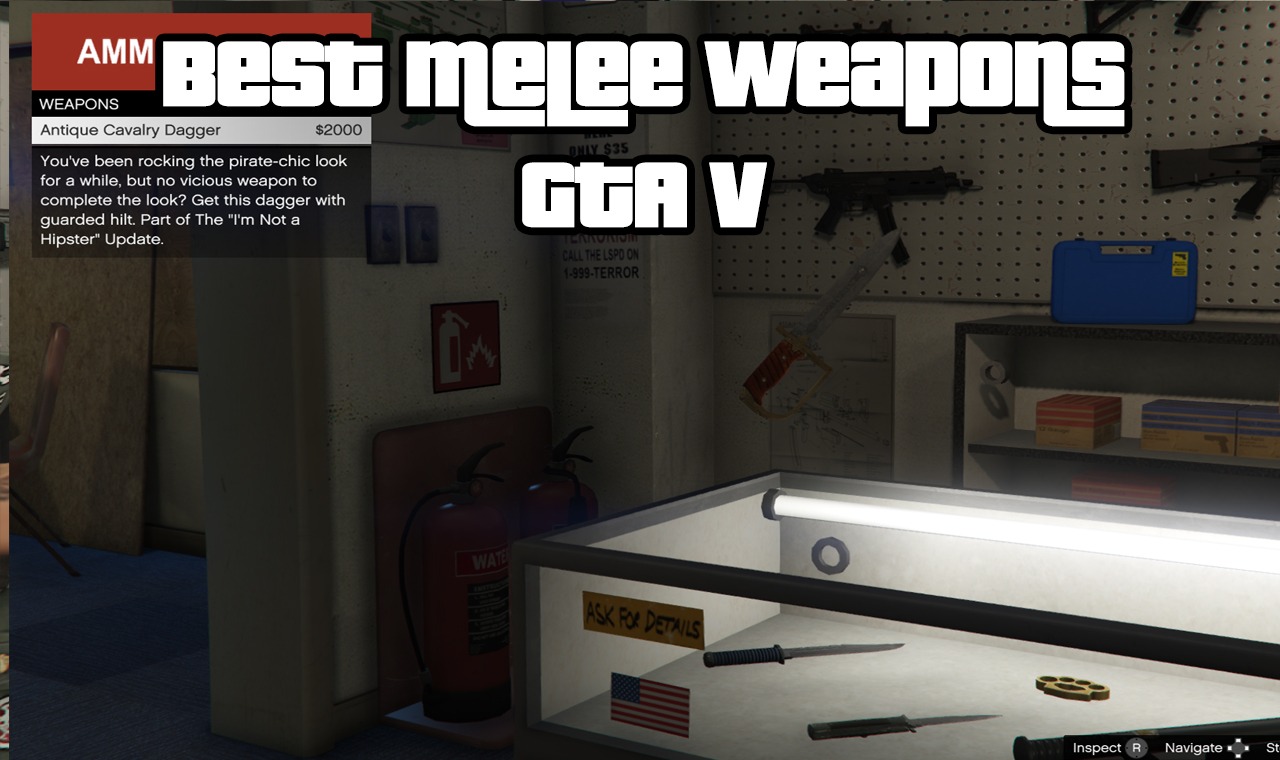 Similar to the Knife, the Antique Chavalry Dagger is very quick and deadly. This Dagger was added in the I’m Not a Hipster update and has a bit of a damage increase over the knife making it take the number one melee weapon.

The Hatchet was released in the later instalment of GTA V for Xbox One / PS4 and PC and it’s also exclusively for these platforms. This melee weapon takes second place as it’s also a very quick melee weapon, and more than that it’s super fun to use (in a sadistic unmoral kind of way).